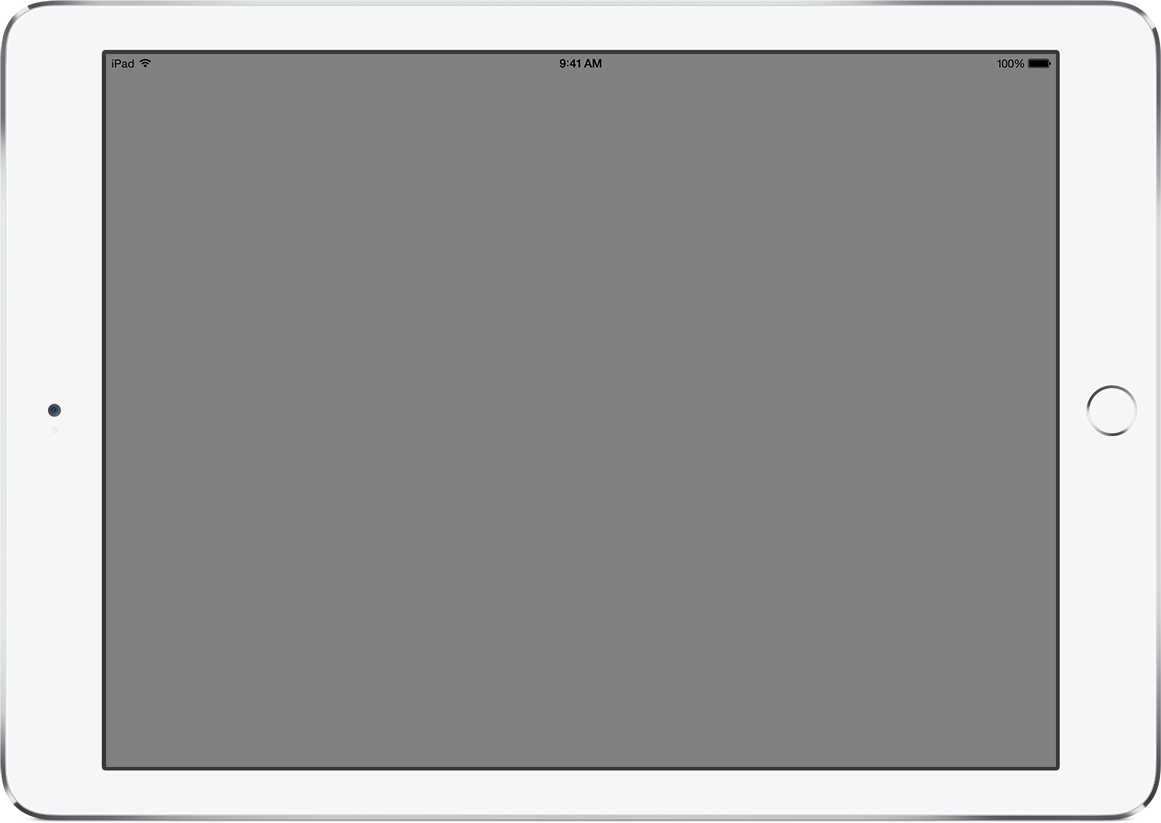 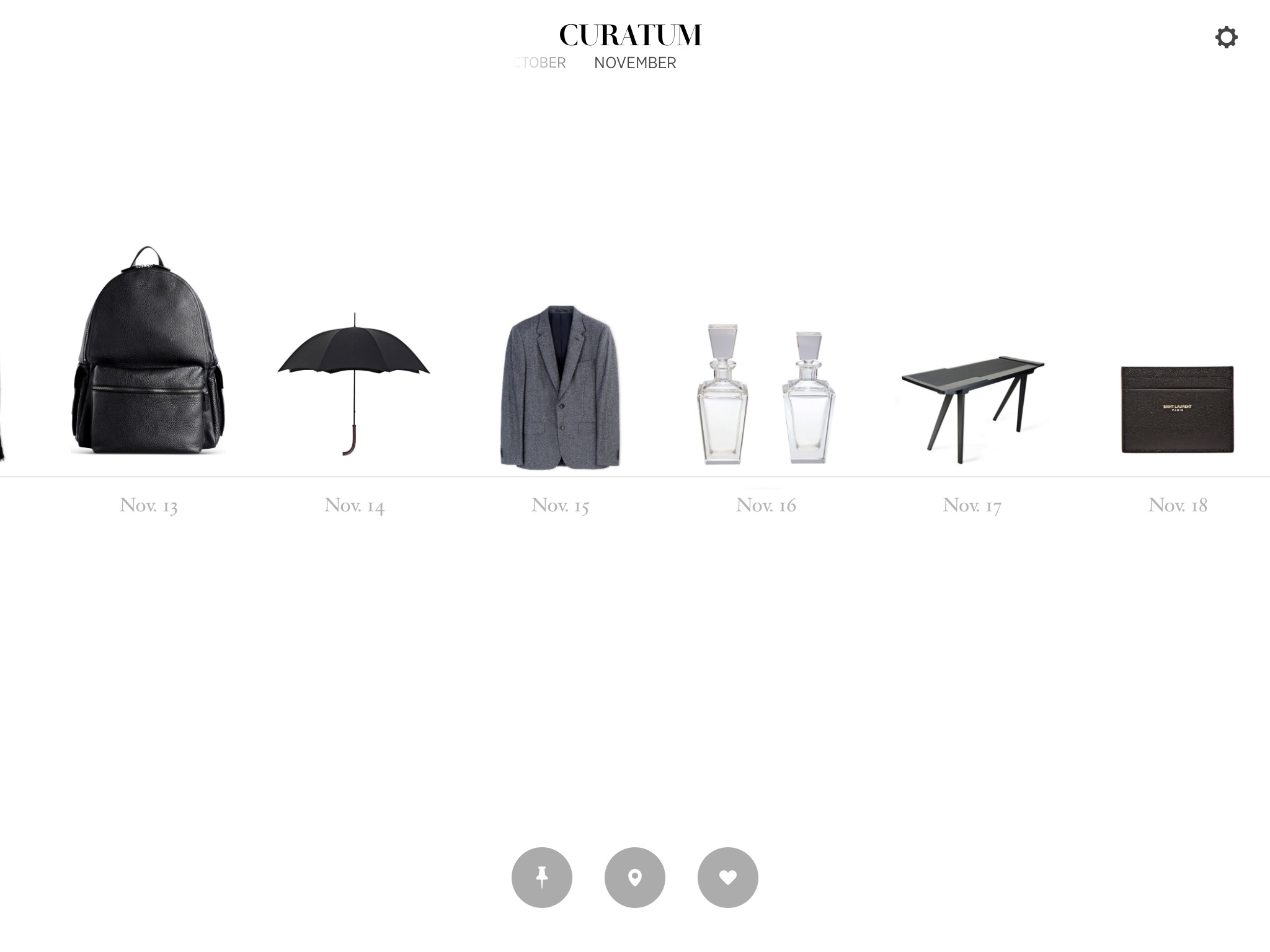 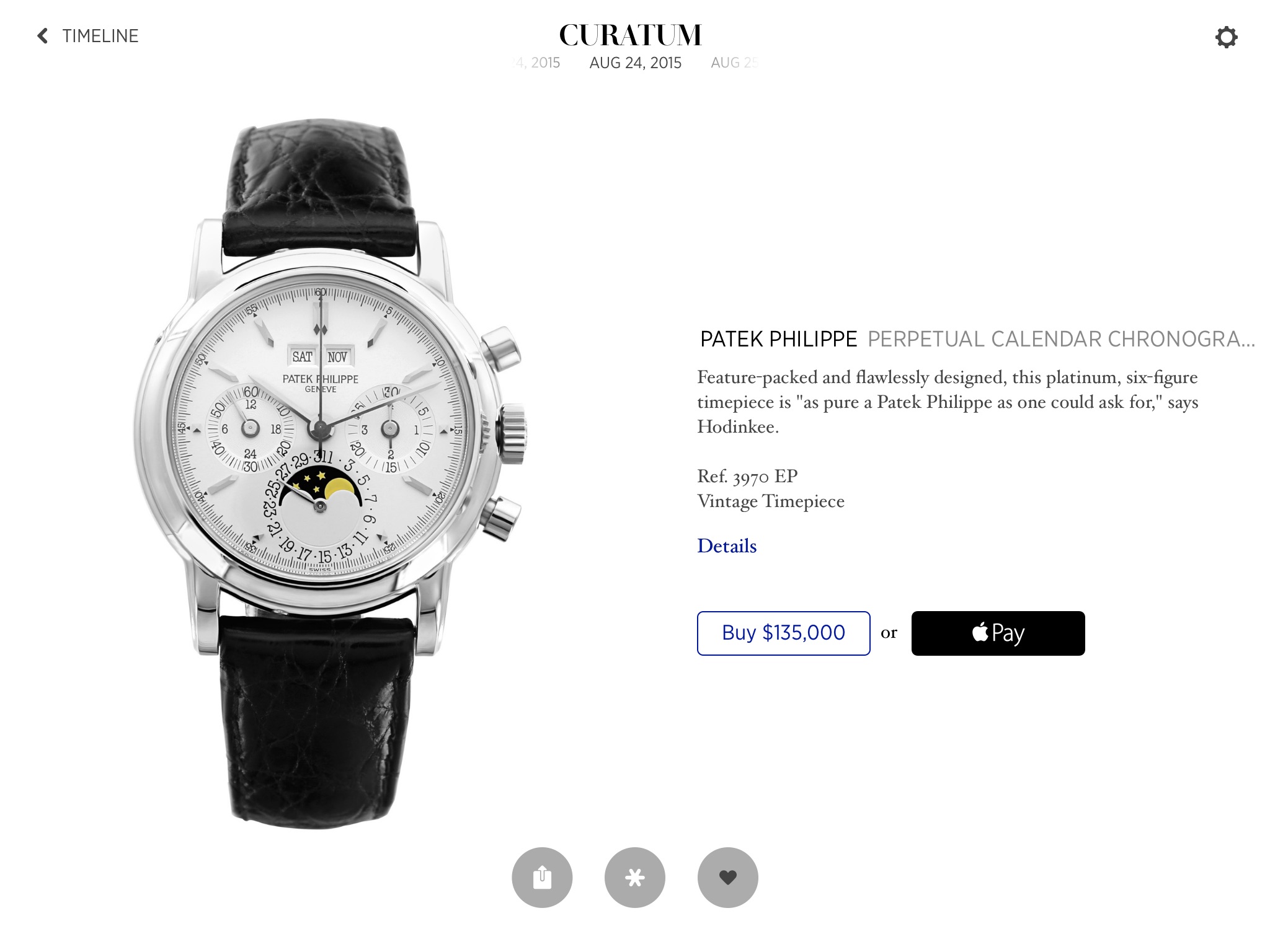 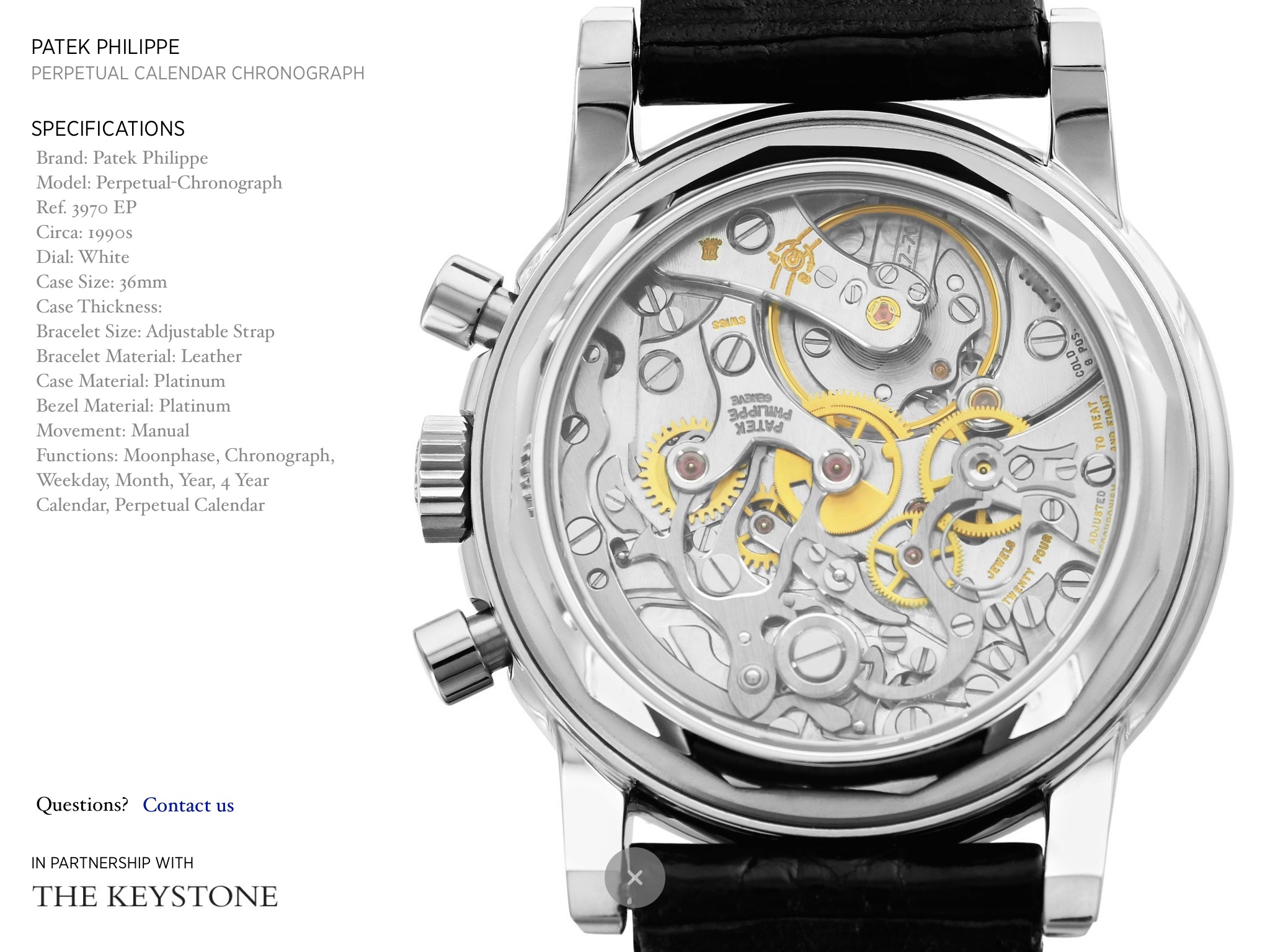 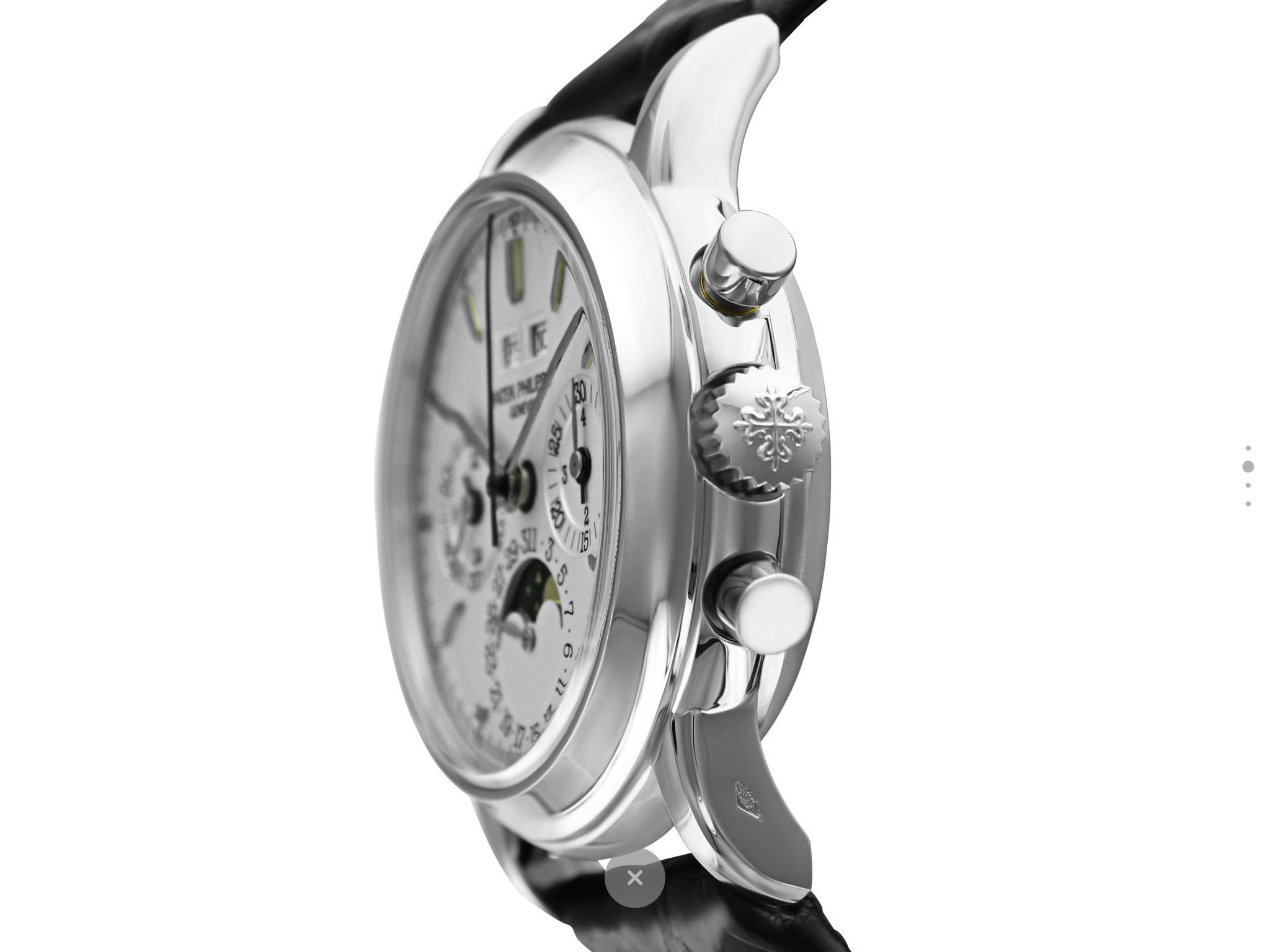 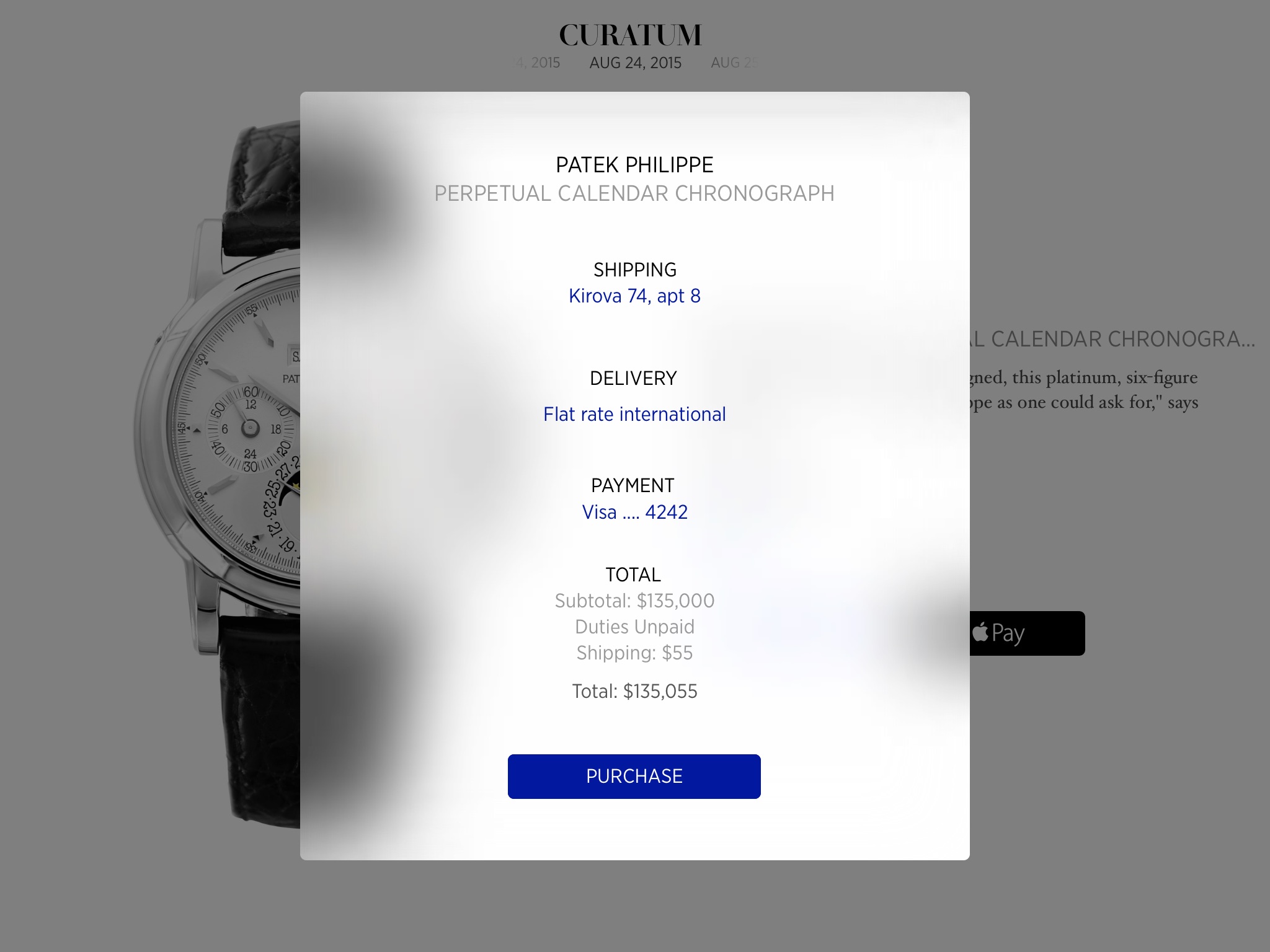 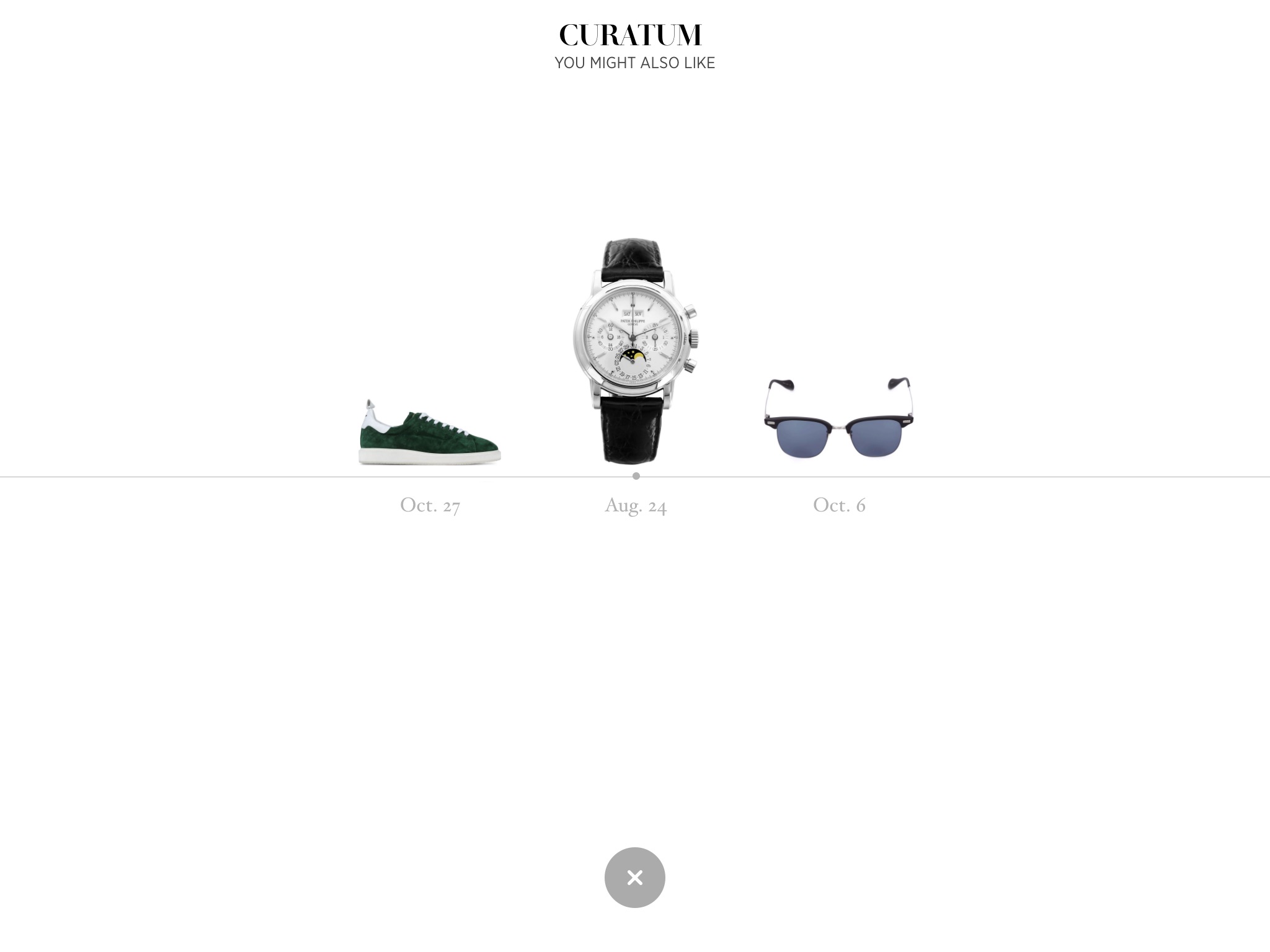 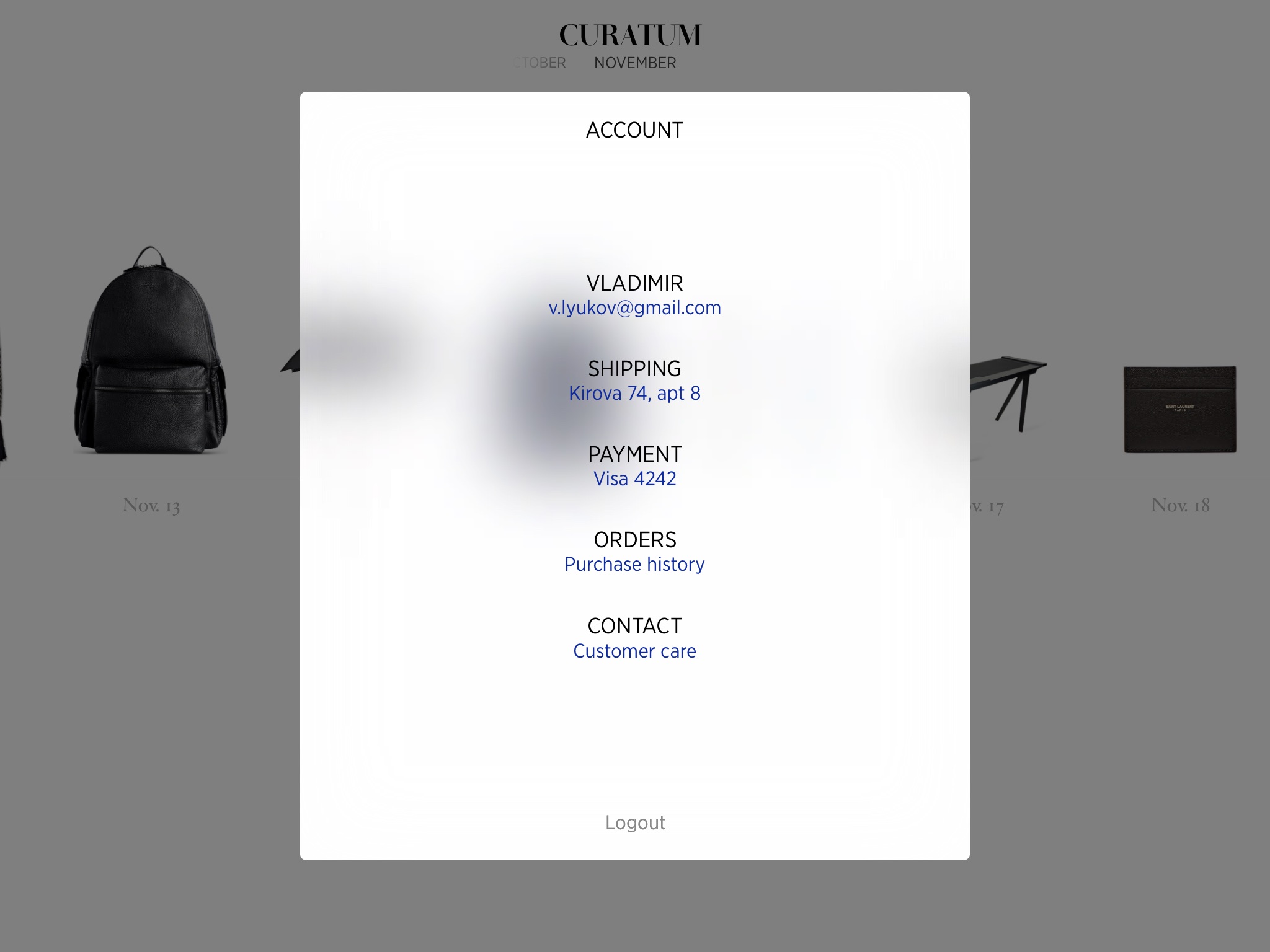 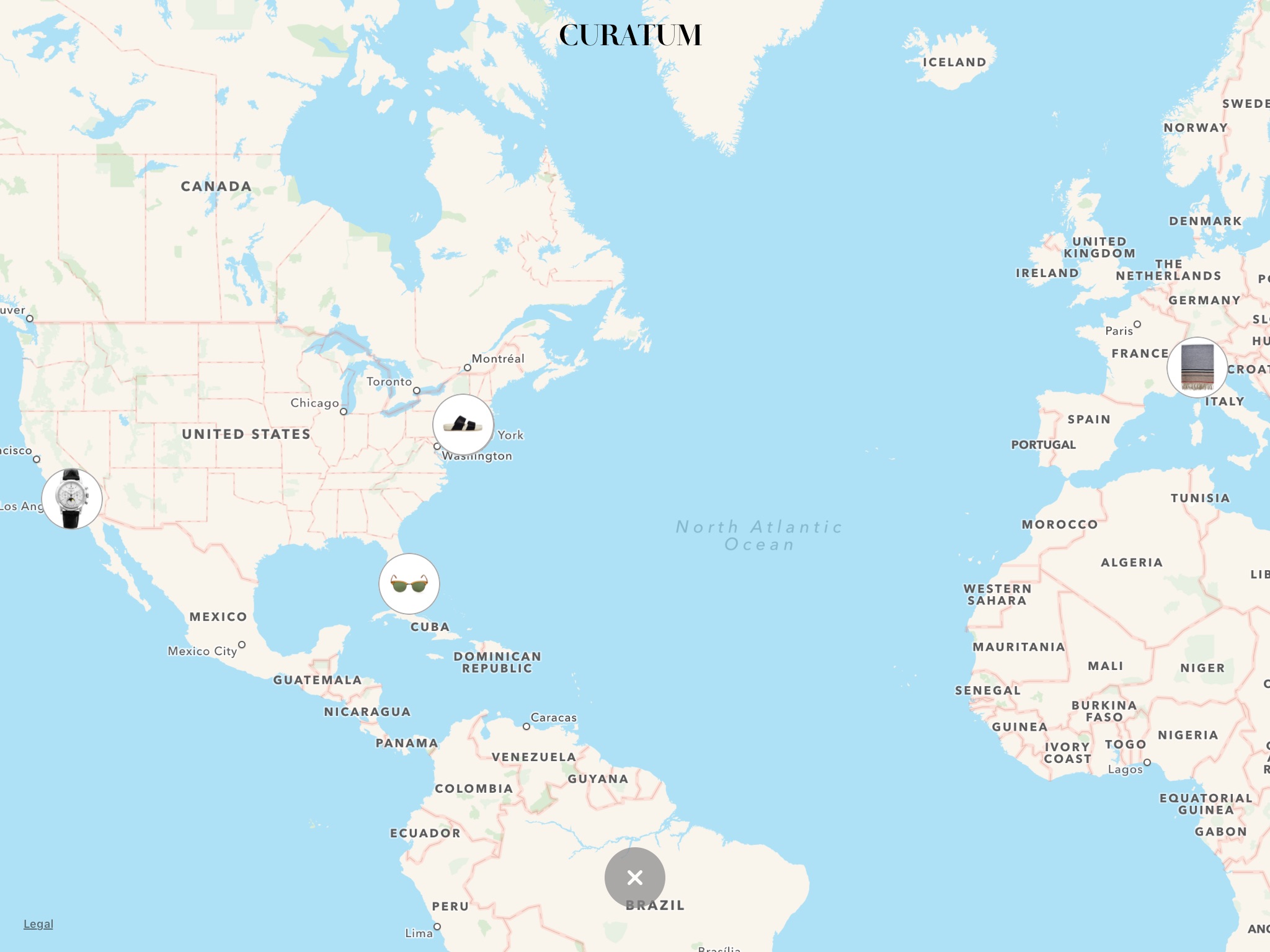 AppStore description: "Curatum is the first and only luxury mobile commerce experience built exclusively for men."

My role in project

I was sole developer on the project with some minor help from other developers. Curatum had large legacy code base when I joined the project, implemented missing features, fixed existing bugs and lead the project to the AppStore release.